Our guest author for day 18 of Agriculture Month in Saskatchewan is Kris Cherewyk of Norquay, Sask. Kris is an agronomist, farmer, and works with Seed Hawk. I absolutely love his post. Careers in agriculture, the passion of farm families, and the sense of community that comes with living in a small town – I can relate to, and appreciate all of these amazing attributes of agriculture and food production in Saskatchewn. Enjoy!!

The agriculture industry has traditionally been called the lifeblood of the western Canadian prairies. Even though other sectors such as mining and oil and gas contribute more towards the provincial economy these days, it is agriculture that has the greatest impact in terms of community and way of life. With Ag Month in full swing, many stories will be told about topics such as the innovation of agriculture and the evolution of the industry itself. Perhaps the most important story, however, comes from one constant through all the years and that is the passion for the business of the people themselves. Whether it’s farmers putting in the time and effort to plant the seeds of hope in the spring, lab tech’s conducting research experiments or grain elevator personnel unloading super B’s, it’s this commitment and dedication to agriculture that produces the effort which feeds a growing society year after year.

When people who aren’t typically exposed to the world of agriculture are asked about people involved in agriculture, they typically think of farmers in their fields. The fact of the matter is, jobs in agriculture are as diverse as the grain and livestock that is produced. One in eight Canadian jobs are of agriculture employment which equals to roughly 2.1 million people (source: AgCareers.com). The range of careers that the agriculture industry features is enormous; including positions in research, labor, sales, manufacturing, processing, logistics and management. Obviously, different positions will command varying salaries and require different amounts of physical labor, however each one is a vital cog in keeping the business of agriculture flowing. From the corporate director in the boardroom to the guy driving forklift in the chemical shed, each person knows how important their role is to their company’s success and it is this dedication that has resulted in so much success across the agribusiness landscape.

The role of producers themselves at the farm-gate cannot be understated. It is difficult to find a business with as much inherent risk as farming, no matter the size of the operation. Markets, weather and many other factors beyond producers’ control are always variables to consider in farm business planning. However, many of the families who call farming their occupation have done so for literally decades (century farms are quite common) and plan to pass along the operations to their children so that they can continue the great tradition. Some people who are unfamiliar with agriculture may ask why farmers would subject themselves and their heirs to such risk when they can take on other occupations that involve less volatility, less labor and fewer work hours. The simple answer is this: it’s the fulfilment of knowing that the hard work they do puts food on the table for so many people across the world. It’s this passion that keeps producers moving forward through the tough times and has brought so many young people in recent years back to farming when they could be doing something else for a living.

Through the passion from both farmers and industry personnel alike, support for communities in rural Canada has never been greater. In a business that is as volatile economically as agriculture is, people often count on each other for support. Whether it’s farming itself or the many local businesses that provide support to agriculture and vice versa, small towns create a friendly community atmosphere that provides a great place to raise a family. Many great leaders in the fields of academia, business and politics attribute their success to their rural upbringing as well as the lessons of hard work and giving to those less fortunate instilled in them at an early age. Events such as Telemiracle, held every March and supported throughout Saskatchewan, are successful because of the enormous support from people throughout the province who unselfishly donate their own time and money to help those in need. The term “shirt-off-their-back” is often over-used in society but not among farmers as they live this philosophy every day. 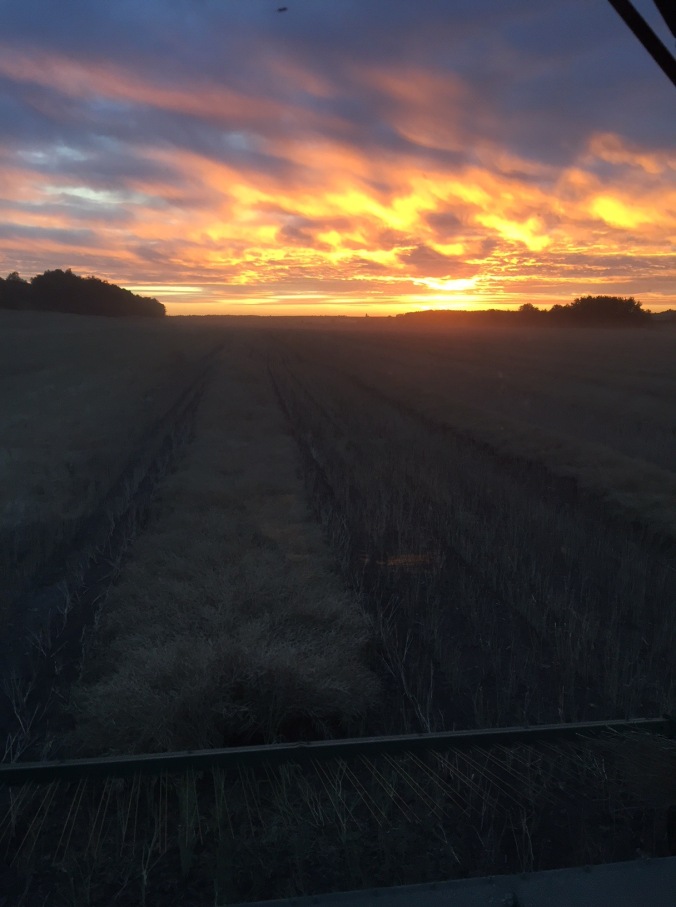 For those of us who eat, sleep and breathe agriculture every day, it’s not just a living; it’s a lifestyle. The community spirit that small farming communities are known for is reflected in the various agriculture trade shows throughout the year where it seems you can’t get ten feet without stopping for a friendly visit. Folks working the wide range of booths at the show may come from different backgrounds and might be representing vastly different products but they, along with the farmers who attend, all share one common bond. It is the passion and enthusiasm to contribute their part to a business that is projected to feed nine billion people worldwide by the year 2050. Agriculture has been around since the beginning of civilization and it’s the great people who keep it moving every day that will carry this planet forward. Perhaps Paul Harvey, in his address to the Future Farmers of America convention in 1978, said it best: “And on the eighth day, God looked down on his planned paradise and said I need a caretaker. So God made a farmer”.

One thought on “#OurFoodHasAStory Post 18 Kris Cherewyk – Agriculture: Through Many People’s Strength”